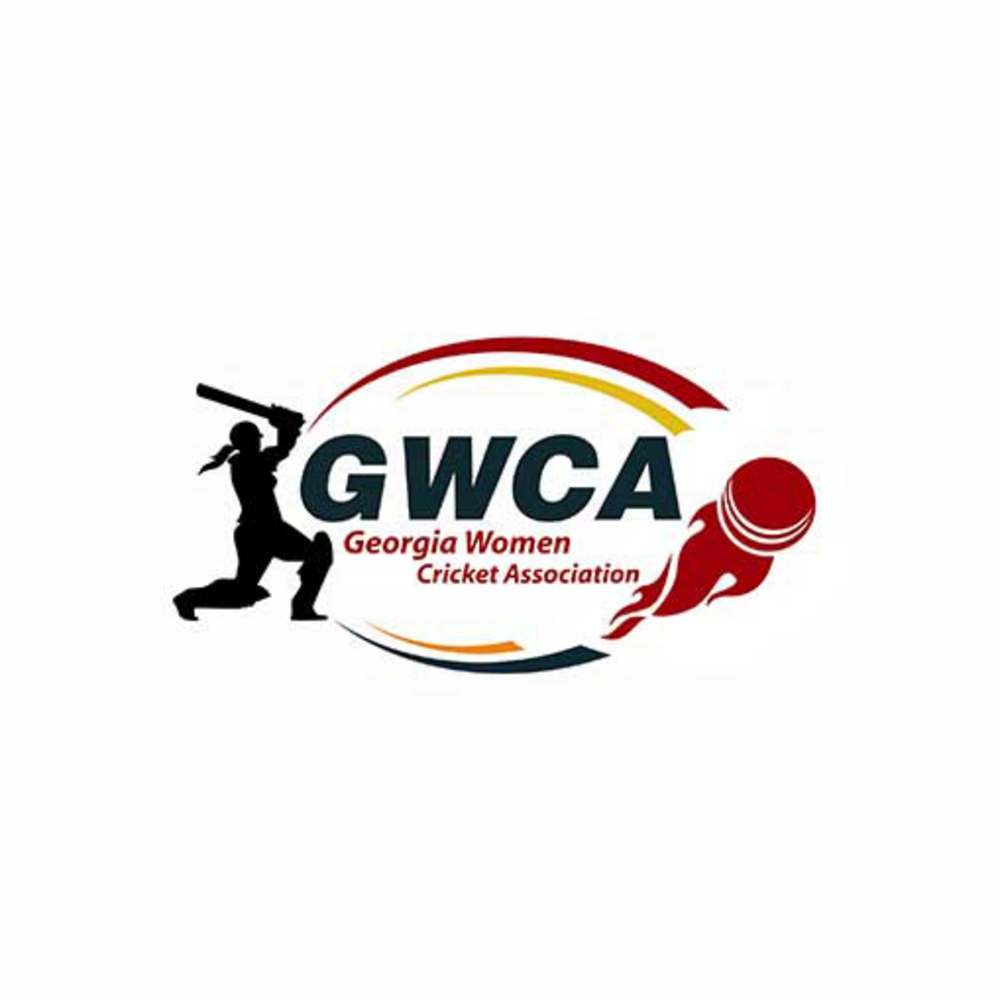 By John L. Aaron
The 7th Annual Georgia Women Cricket Association (GWCA) Women’s T20 Cricket Tournament is all set for Atlanta, Georgia this Memorial Day Weekend. The two-day – May 25-26 – tournament will see six teams in contention for the 2019 championship title.

The teams will feature some experienced players from the ICC Americas region who have represented the national teams of USA, Trinidad & Tobago, Canada, Peru, Panama, St. Lucia, Guyana, Barbados, Leeward Islands, and St. Kitts, as well as several players domiciled in the USA but from cricket-playing nations like India, Pakistan, Sri Lanka, Bangladesh, and the West Indies.

The mixture of experienced players alongside some appearing in a major tournament for the first time augurs well for the sport in the USA. A lot will be riding on the individual performances of many of the USA domiciled players, along with at least one non-resident player who holds a USA passport and no doubt will be looking to break into the USA women’s national team much like Hayden Walsh, Jr., and Aaron Jones did on the men’s side earlier this year.

According to Tournament Coordinator Petal Samuels, “This year’s tournament promises to be very competitive with matches played simultaneously at two nearby grounds. The excitement has been growing over the past few weeks as some of the teams made last-minute attempts to grab “top-seeded” players to add to their rosters.”

USA Cricket Sanctioned
Sanctioned by USA Cricket, the tournament was founded by Petal Samuels in 2011 with the New Jersey Phoenix Women’s XI capturing the inaugural title. Operating on a shoestring budget the Atlanta Women’s T20 has kept women’s cricket hopes alive while providing a platform for female enthusiasts of the sport to gain traction and help grow the game in the USA.

In a letter to the tournament organizers, USA Project Manager Eric J. Parthen noted, “…we believe women’s cricket is on the cusp of exponential growth and events like yours will only help accelerate that growth.”

PARTICIPATING TEAMS
Atlanta Pearls
Host team Atlanta Pearls won the 2017 championship behind sterling performances from Barbadian and West Indies female stars Shaquana Quintyne and Haley Matthews. This time around the team has added St. Lucia national players Yasmine St. Ange, Marlene Preville and Elizabeth Ferdil. Also appearing for the Pearls is Tanuja Delaney, a reserve on the Leeward Islands XI in this year’s West Indies Regional women’s tournament and Nevisian all-rounder Saneldo Willett. Willett’s dad Elquemedo Willett was the first Nevisian to be selected to a West Indies team. The US-born Saneldo Willett is hoping to catch the eyes of the USA Cricket selectors and to hop on the US national women’s squad.

USA national captain Shebani Bhaskar will skipper the Atlanta Pearls XI, with some hard tennis ball cricketers recruited and playing for the first time in a leather ball tournament.

West Portland
The West Portland club in Jamaica is best known for soccer; however, the ladies have been playing competitive cricket for the past five years and are looking forward to the opportunity to showcase their talent. Commenting on the upcoming tournament, the West Portland skipper Naomi Hall said, “I’m grateful for the opportunity to captain the side and expect the tournament to give us a better understanding of global cricket cultures and playing strategies. It is also a great chance to garner exposure and become familiar with various players and their playing styles. The members of the West Portland Sports Club are honored, and the tournament will boost our confidence as a team. We anticipate a great tournament and we will perform to the best of our abilities.”

The West Portland women’s cricket team was the runner-up in various local championships in Jamaica. However, it was recently victorious in a National Six-A-Side championship in that country. The team to Atlanta will include Jamaica’s national Under-19 captain Nicole Campbell, and national players Naketa Blackett, Serena Allen, Nadica Nolan, and Kaydene Dormer.

Tampa Sunrisers
The Tampa Sunrisers XI comprise cricketers out of the University of South Florida and representing seven nations—Guyana, India, Nigeria, Mauritius, Egypt, Ecuador, and Italy. The university men’s team has one American College Cricket championship title under its belt. Can the university’s first collegiate women’s cricket team rise to emulate their male counterpart on the big stage?

The Sunrisers skipper who has one Tampa Premier League championship title under her belt, offered, “As a captain, I am very delighted about the tournament because we wanted an opportunity to play competitive matches; and now we are playing in this tournament, where we can showcase our talent. I know the competition will be tough, but we are really working hard to give a tough fight to the other teams.” The tournament will no doubt help the Tampa Sunrisers grow as a team while promoting women’s cricket in the Tampa area.

TCLW Top Guns
The Triangle Cricket League Women Top Guns squad is part of an emerging women’s program started in 2017, and now boasting two hardball and three hard tennis ball squads. That’s certainly the way to build a women’s cricket program. Affiliated and supported by the Triangle Cricket League located in the Research Triangle area of North Carolina, the participating squad is drawn from the Incredibulls and United XI, two teams that this year are participating in a Women’s T20 leather ball tournament in North Carolina, with matches spread over five months and concluding this August. Leading the charge for the Top Guns is ex-Pakistani batting all-rounder Saba Shah. The team is a mix of experienced players and some young guns looking ahead to the future and representing the USA.

The TCLW Top Guns must be the only team in the USA that boasts two mother/daughter playing duos. The duos are Amarja (Wicketkeeper/batswoman) and Mitali (All-rounder) and Aparna (All-rounder) and Bhumi (All-rounder). According to Top Guns captain Saba Shah, “Both of the daughters in the duos, along with an Under-15 all-rounder Aafia, are the Top Guns’ dream players of the future.” From all reports, the Top Guns play hard and party hard with many of the players bearing nicknames like “Fun time,” “Coolest Head,” “Exploding Batswoman,” and “Natural Spinner.” Such nicknames may be a subtle threat to the opposing teams and nothing to laugh about. The Top Gun ladies are blowing into Atlanta with guns drawn and looking for a shootout.

In throwing down the gauntlet, Douglas said, “I’m expecting a good showing from the Lady Strikers. Even though it’s our first tournament together, the rest of the teams will have to bring their “A” game to beat us!”

Atlantis
Four-time Atlanta Women’s T20 Cricket Tournament champions Atlantis Cricket Club – NY is expected to field a solid team at this year’s tournament, having lost the 2017 final to the Atlanta Pearls. The squad is seeking revenge for that loss but is aware of the talented pool of players fielded this year by all of the teams, including the Atlanta Pearls.

Samantha Ramautar, who will captain Atlantis, summed it all up, “We are going to the tournament to play hard and competitive cricket, but also to have lots of fun. This is a great opportunity for some of the emerging talent in the USA to showcase their skills at such a great tournament. I wish all the teams the very best.”

International Hands-on Support
In addition to the array of talented players from across ICC Americas, the tournament has attracted in-person support with former Trinidad & Tobago and West Indies player and assistant coach Stephanie Power serving as Coach of the Tournament. Bermudian and Former ICC Elite Umpire Roger B.C. Dill will be the Tournament’s Match Referee, with Jamaica, West Indies, and ICC Development Panel Umpire Jacqueline Williams officiating at the tournament. CricClubs.com will live-stream the matches and serve as the official scorer partner of the 2019 tournament.